VON has worked for years with Varkensbedrijf van der Meijden – Welvaarts. In the morning a piece of theory was discussed and in the afternoon the piece of practice was immediately applied to the learned material. Since July 2020, the pig farm has been taken over by Barend and Daisy van Santvoort. They continue the company under their own name ‘Savar Someren BV’. The collaboration between the practical company and VON will continue, everyone is and remains welcome to learn within our VON Farm!

The pig farm was taken over by Kees and Wilma van der Meijden from father-in-law Frans Welvaarts in 1989. Over the years, the company has grown and developed. Started with 250 sows and later expanded to a modern breeding company with 1,000 sows where health and fire safety are central.

In 2013, the company experienced a terrible fire that destroyed two-thirds of the company. All the mistakes of that evening have been included in the construction of the new stable that opened its doors in April 2016. Health, fire safety, training, transparency and promotion became the new spearheads!

In the development  , the main focus was on high health for humans and animals, fire safety, and the training of employees. A farm terrace with view windows in the stable contributes to promoting the sector. All this has resulted in a multifunctional location that is full of enthusiasm and passion for pig farming. 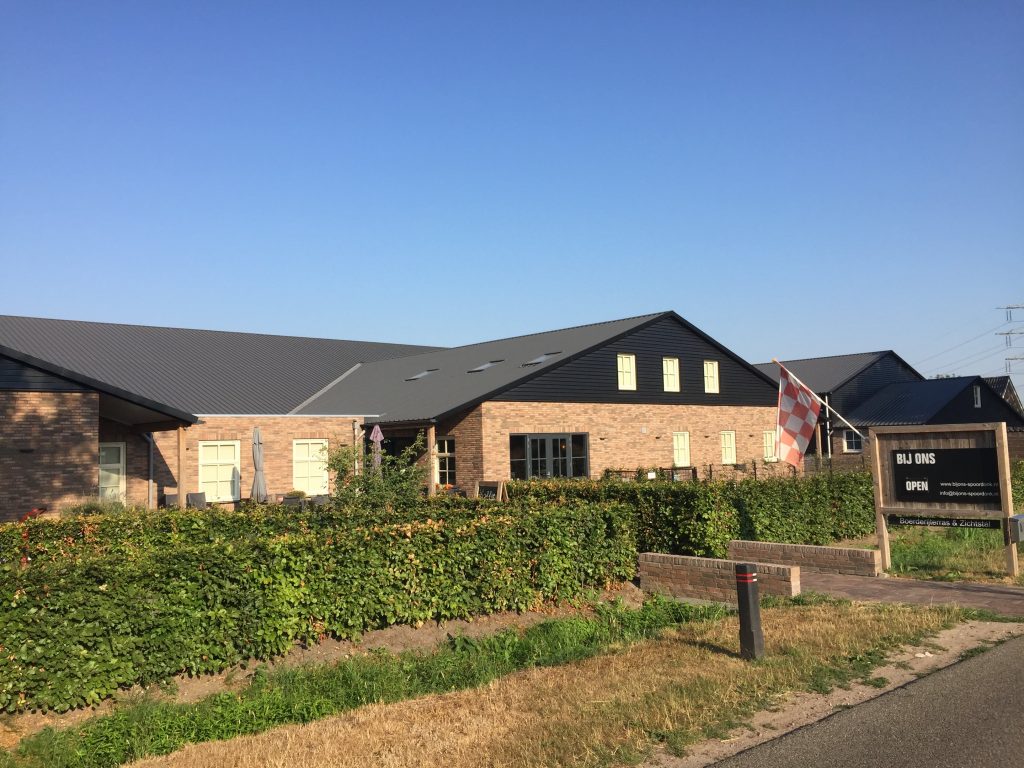 With ensuring that the sows are in top condition, they also deliver top performances. This good condition depends on various factors, housing, climate, nutrition and personnel. The latter in particular is an important point within the VON Farm. As a result, we have started training enthusiastic and motivated employees.

During the construction of the stables, great care was taken to create a healthy living environment. Good hygiene is of great importance here, everyone who enters the barn is pig-free for 48 hours and goes through the hygiene lock to the showers. All visitors, information officers and advisers therefore enter the company clean and put on company clothing. The walking lines in the barn have been well thought out, for example, the barn is divided into several compartments, each with its own color. In this way the chance of transferring diseases/bacteria from animal to animal is minimal, this ensures a lower disease pressure, better technical results and above all more job satisfaction! 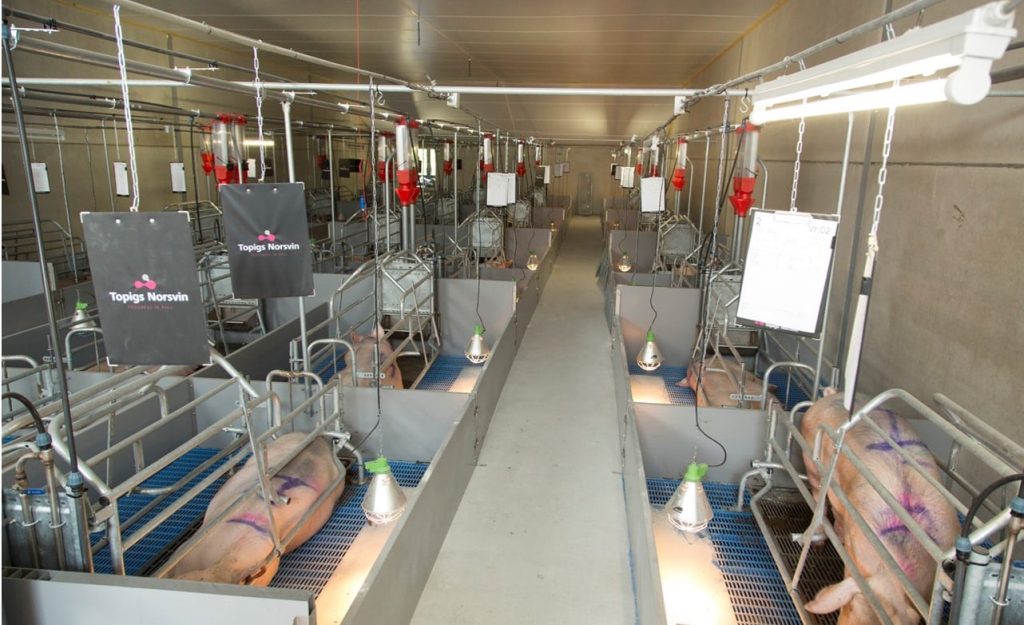 Also new innovations are applied in this farm, reduction of ammonium production is directly tackled by the source of the production. The manure is directly stored and cooled which results in a reduction of ammonium production. The dual manure tray is made from plastic end a cooling plate. The heat of the manure heats the cooling plate and the water which flow through this plate will be heated up. The energy (hot water) which comes out the cooling plate is used for heating up the farm terrace, office, education rooms en conference rooms.

In addition to hygiene, the climate has also been addressed. Previously, an air scrubber was used in which the air was washed before it left the company. Now the emissions of ammonia, odor and particulate matter are tackled directly at the source. The manure and urine of the sow is collected in a so-called manure pan. The manure and urine in the manure pan is immediately cooled back to below 15 degrees, which means that much less ammonia is produced. As a result, the climate in the barn itself is much better, which also leads to better results and more job satisfaction. In addition, the heat that is released is collected, as a result of which the company has no gas connection and the energy costs are considerably lower. The released heat is stored and used for heating the water from the piglet nests, but also for heating the classrooms and offices. We can read all this data from the system in the data room, so that we always have an up-to-date picture of the climate in the barn.

Because the company is divided into concrete compartments and fire-retardant materials are used, the chance of a barn fire is considerably reduced. The grids are provided with a special coating and there is no longer any electricity in the maternity wards. This eliminates the risk of a short circuit. Should a fire break out, it will be tackled immediately, using a self-developed sprinkler system. When the temperature of the department is 5 degrees in 7 seconds, the sprinkler system switches on immediately. This is linked to the climate computer. After that, extra ventilation valves open so that the smoke can leave the stable, this also significantly reduces the risk of suffocation damage.

It’s important to measure the condition of the sows. The farm measures the weight of every individual sow by entering- and leaving the farrowing room. By measuring the weight is easy to make a strict feed schedule for every sow. Furthermore, the temperature, water flow, climate and water quality is measured 24/7 per year. By measuring this monitoring points the result can be improved in the farm.

See the pigs behind the glass!

With the viewing shed it’s possible for everyone to take a look into the barn. The farm pay attention to be distinct. Show how the pigs live, how the staff take care of the pigs , how the pigs are raised. See this behind the glass. Also tourists visit our farm because of the farm terrace we have. Drink, eat and relax with the pigs behind your breakfast, lunch, dinner or snack is quit unique in the Netherlands. This farm have the possibility to do this. By showing the farm inside we explain to the civilians how the Dutch pig production works.